Traditional FPGAs are designed with a fixed ratio of logic elements to routing resources. This ratio is critical because too few routing resources means that it is impossible to connect the logic elements and the FPGA is underutilized. Too many routing resources means that silicon area is wasted, driving up chip costs. The Efinix® Quantum™ fabric has at its heart a reconfigurable logic element that can be used as either a logic or routing resource. When designed into an FPGA, the result is the elimination of wasted silicon and an area efficiency of up to 4X when compared to traditional FPGA architectures. Efinix FPGAs feature the Quantum fabric along with select hardened interfaces such as MIPI D-PHY or CSI-2 controllers and DDR DRAM for further improvements in silicon efficiency. With the high-performance Titanium FPGA family, Efinix combines an advanced Quantum compute fabric with high-speed interfaces such as high-speed I/O, PCI Express, and Serdes.

Efinix FPGAs have been widely adopted in a broad spectrum of applications from consumer electronics to edge compute, from AI image processing to industrial automation. They have a cost structure that can be used in high volume manufacturing, speeding time to market and eliminating financial and resource risks associated with designing custom ASICs. The devices themselves are low power making them a natural fit for demanding environmental conditions such as in surveillance or industrial automation applications. 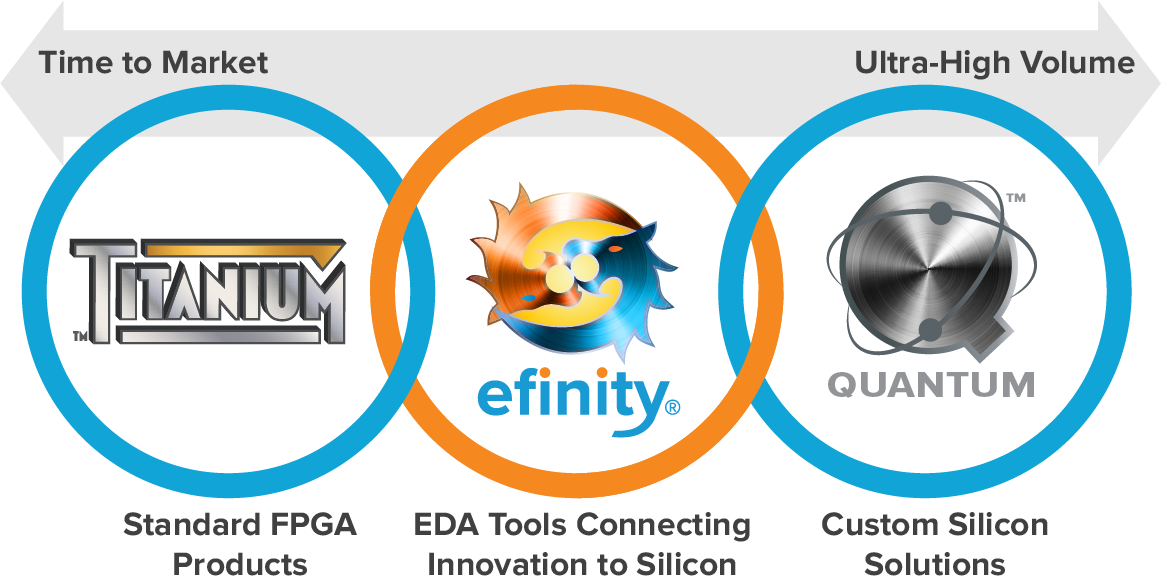