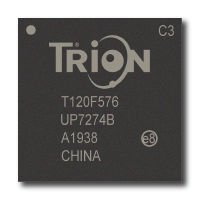 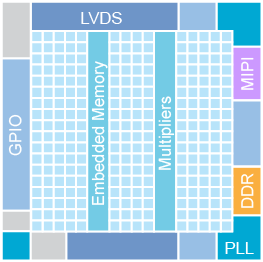 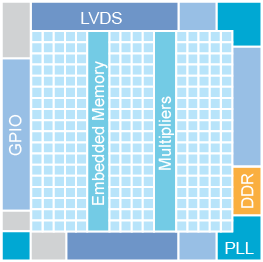 This complicated, intelligent camera has multiple MIPI CSI-2 sensors. The FPGA provides image processing (as well as audio processing) and runs an inferencing engine based on a trained neural network defined by the implementer. Large amounts of internal block memory in the Trion FPGA allows you to keep much of the activity on chip. Additionally, the multiplier rich architecture provides additional of performance-power-area advantages. 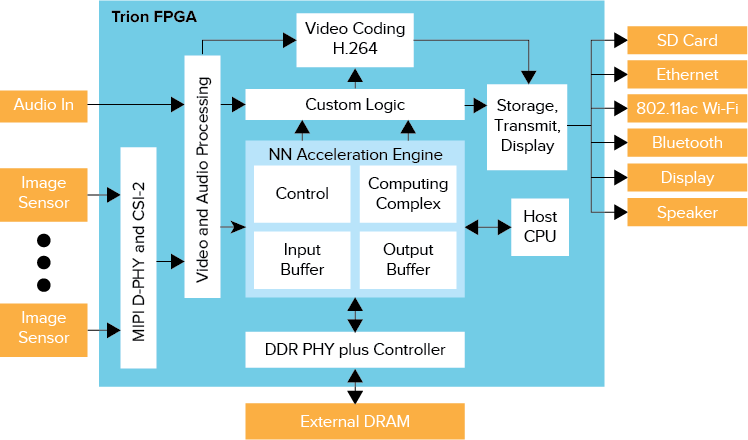 Augmented reality and virtual reality products are smart devices that can benefit from FPGAs. Beyond entertainment, they can be useful for remote assistance and knowledge sharing. In these and similar applications, the performance advantage of Trion FPGAs is key. Additional driving factors are Trion FPGA’s small size and power. Our hardened MIPI CSI-2 functionality helps reduce power, and Trion FPGAs have a smaller chip area compared to other solutions.